It is now just over three years since Our Lord’s website went live.

A reader might not have noticed from the first sequel, that this website WAS and IS GOD’S IDEA, not the writer’s. This also means that it will go viral when God is ready. We human beings tend to be impatient because human time on earth is limited. God does not have such a problem!

The catalyst for writing this update happened on 23/24th April. I had retired for the night late on St. George’s Day, just before twelve o’clock. After sleeping for a couple of hours I suddenly woke up, unusual for me as I usually don’t wake up until around seven am. It seemed like hours before I drifted back to a dreamlike sleep. This was when I became focused on writing more for the website. Then I fell asleep. When I properly woke up again before eight, I knew what I had to do.

When God plants an idea into my head, he does not expect me to rush off and start writing straight away; neither does he expect me to drag my feet! First of all, in my mind I already knew that God’s wishes would be carried out. I also knew I was free not to do any more writing if I didn’t want to. This is where free will comes in. I tend to listen to God and have never been let down.

Having asked for God’s help, I started writing in the way I usually do. Draft, re-draft. When I first started writing on my own behalf, I did not consider asking for help from God . Looking back, however, over the path I took, I realise I did get God’s help. We don’t always recognise that fact.

Listen to God?. Get to know God first or you’ll not know when you hear his voice, the inner voice which comes from God. Peter was the first to hear the voice. Jesus had asked his apostles: “Who do people say the Son of Man is?” Different answers were forthcoming, until Peter spoke up and said, “You are Christ, the son of the living God”. Jesus said, “it is not flesh and blood alone that revealed this to you but my Father in Heaven” Jesus then said to Peter: “you are Peter and on the rock I will build my Church, and the gates of Hell will not prevail against it”. This made Peter the foundation of the Christian Catholic Church, just as the Pope continues to be head of the Catholic Church. Peter didn’t know that he had heard the voice of Almighty God until Jesus told him. God had planted the right answer in Peter’s mind and Peter listened. This was the signal to Jesus to appoint Peter as the rock on which the God’s Church is built.

Now you know, you have to ‘listen’ when you hear God’s voice ; the inner voice Peter heard but did not realise it until Jesus told him. This is the reason, I was given this job. I recognised the inner voice of God and listened. Not something I suddenly learned but something that comes from practising my faith over a long period; believing in God and trusting God. The grace of God comes from the practise of your faith and the life you lead. You don’t have to be perfect, but you do have to try. You could win the gold by trying, just like an athlete!. When you get the bit between your teeth, don’t drag your feet!

Some people claim to hear God’s voice telling them they will be well rewarded in heaven if they slaughter the infidels. What they hear is Satan’s voice pretending to be God; he is very good at pretending to be God. Such people ignore conscience and give free will to Satan, a malign being, and greatest LIAR, DECEIVER, COWARD and BULLY in the history of the world.

GOD INSPIRES LOVE AND FORGIVENESS. SATAN INSPIRES HATRED AND REVENGE. It is hardly difficult to recognise the difference between good and evil. Remember what Jesus said when he was on earth. “ANYTHING YOU DO TO ONE OF MY CHILDREN, YOU DO TO ME” The list is long, but think of child abuse and people trafficking to start with.

Before I write further, I would like to share with you a prayer I say daily to St Michael the Archangel:

“Saint Michael, Archangel, defend us in battle, be our safeguard against the wickedness and snares of the devil. May God restrain him, we humbly pray. And do thou O Prince of the heavenly host, by the power of God, thrust Satan down to hell and with him all the evil spirits who wander the world seeking the ruin of souls. Amen”.

We owe much to the Saints in Heaven, who paved the way for people coming after them, alive and yet to be born. One such Saint, Theresa of Avile, could inspire you as she did me, with the words, heading: GIVE THE SERVICE OF YOUR FACULTIES:

“Let nothing trouble you; let nothing scare you. All is fleeting. God alone is unchanging. Patience obtains everything. They want nothing who possess God; he alone is enough”.

During the last three years in particular, we have seen what the ‘worsening turmoil in the world’ means for many people. God has given us an example of what life can mean when SATAN is not restrained much of the time. Only God can restrain Satan and when he does not do that the world suffers chastisement, which the world brings upon itself by turning its back on God to serve Satan.

God’s sun shines on all, both good and wicked. The good and the wicked can die together in earthquakes, floods, wars……….. Only in death is ‘separation ‘. The good go in one direction, the wicked in the other.

Don’t let us deceive ourselves that ‘ TROUBLE’ is far away!. SATAN’S ARMY is very visibly on the march, cutting down innocent people. Very in your face or very subtle is Satan’s methods. He is very evident on our home ground too. SATAN and his EVIL SPIRITS are everywhere.

GREED is the reason Satan lost his place in heaven. He had everything but he wanted more; he wanted God’s power, but not for the good. God dispelled him from heaven. Satan threw away everything good for power he did not need. Not much wonder he hates himself more than he hates God. THE WORLD HAS PAID THE PRICE FOR SATAN’S GREED AND LUST FOR POWER.

God gave mankind the weapons to guard ourselves against Satan’s machinations: CONSCIENCE AND FREE WILL.

Don’t forget to pray to St Michael the Archangel. Also pray The Lord’s Prayer. In a very dangerous world, prayer is essential.

We have just celebrated the RESURRECTION of JESUS CHRIST on Easter Sunday and we will celebrate very shortly the ASCENSION of JESUS into Heaven.

AFTER JESUS ROSE FROM THE DEAD, he stayed on earth with his people for forty days, talking to them and reassuring them, and eating with them. They were in awe and full of joy. When the forty days were up, he arranged to meet his apostles on the mountain. The Gospel according to Matthew 28:16-20: “The eleven disciples set out for Galilee, to the mountain where Jesus had arranged to meet them. When they saw him they fell down before him, thou some hesitated. Jesus came up and spoke to them. He said,

“ALL AUTHORITY IN HEAVEN AND ON EARTH HAS BEEN GIVEN TO ME. GO, THEREFORE, MAKE DISCIPLES OF ALL THE NATIONS, BAPTISE THEM IN THE NAME OF THE FATHER AND OF THE SON AND OF THE HOLY SPIRIT, AND TEACH THEM TO OBSERVE ALL THE COMMANDS I GAVE YOU. AND KNOW THAT I AM WITH YOU ALWAYS; YES, TO THE END OF TIME”.

Jesus had promised his apostles that an ADVOCATE would be sent in his place to help them. This duly took place approximately one week later when the HOLY SPIRIT descended upon the apostles when they were all together in a room in Jerusalem, with spectacular results.

Jesus was reassuring once again when he said, according to the Gospel of John (14:1-6)

“DO NOT LET YOUR HEARTS BE TROUBLED. TRUST IN GOD STILL, AND TRUST IN ME. THERE ARE MANY ROOMS IN MY FATHER’S HOUSE; IF THERE WERE NOT, I SHOULD HAVE TOLD YOU. I AM GOING NOW TO PREPARE A PLACE FOR YOU, AND AFTER I HAVE GONE AND PREPARED YOU A PLACE, I SHALL RETURN TO TAKE YOU WITH ME, SO THAT WHERE I AM YOU MAY BE TOO. YOU KNOW THE WAY TO THE PLACE WHERE I AM GOING”. Thomas said, “ LORD, WE DO NOT KNOW WHERE YOU ARE GOING, SO HOW CAN WE KNOW THE WAY?” Jesus said: “ I AM THE WAY, THE TRUTH AND THE LIFE. NO ONE CAN COME TO THE FATHER EXCEPT THROUGH ME” The Gospel of the Lord. Praise to you, Lord Jesus Christ.

Jesus came into the world to set us FREE with the TRUTH.

He also came into the world to teach us what we had to do to achieve eternal life with him.
Jesus said to his Apostles: “MY PEACE I GIVE YOU; A PEACE THE WORLD CANNOT GIVE YOU”.

This means the PEACE OF MIND that comes from LIVING ACCORDING TO GOD’S HOLY WILL.

As the ASSUMPTION OF JESUS INTO HEAVEN approaches, let’s not forget to also celebrate the knowledge that GOD IS TRULY IN CHARGE. Knowledge to gladden the hearts of many and bring a great big smile to faces.

Once again, THANK YOU GOD FOR THE PRIVILEGE AND THE FREEWILL TO ACCEPT. 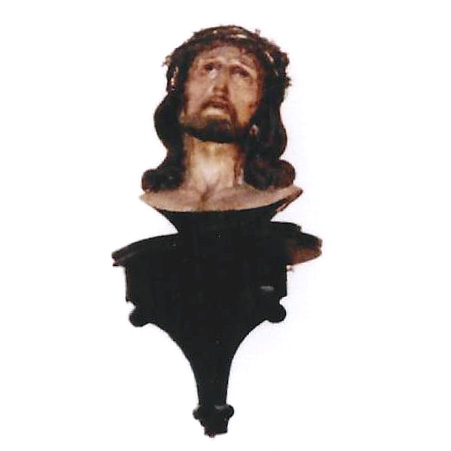