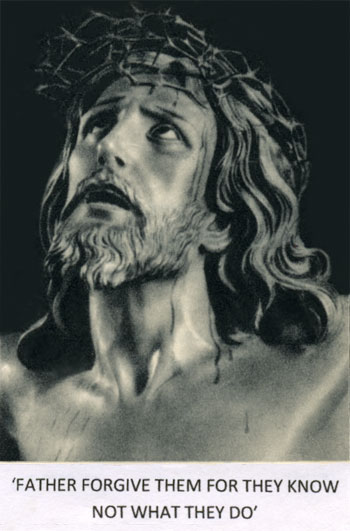 The catalyst that prompted me to write this article came about in a simple way, while I was in Church.

My birthday fell on the 11th February. This date is the Feast Day of OUR LADY OF LOURDES. A couple of days later, I was in Church in the morning, waiting for the HOLY ROSARY to be recited and afterwards the celebration of THE HOLY MASS. A few people only were in the Church and I too was an early bird!

As I prayed, I noticed another parishioner walking in my direction, called Mary. As a question formed on Mary’s lips, I stood up to better hear what she had to say. She asked me if I had heard the message. Puzzled, I asked ‘What message?’ Mary said the message was on the internet and it was from God. I told her that I would not be at all surprised if God put a message on the internet, considering the state of the world, and that I would look out for the message. Satisfied, Mary returned to her seat in the Church.

By the following day, nothing further was heard about a message from God, which meant I had to put my thinking cap on! How would God manage to put something on the internet? Surely he would need some earthly help? That’s how long it took for the penny to drop! God wanted ME to write the message, you have now read.

Something very significant, to me, also happened just before my birthday when I was again in Church. A Parishioner, called Nora, had bought a small booklet to give to me, published by Tan Books, with the title: ‘DEVOTIONS TO THE PRECIOUS BLOOD’. Not only did this small booklet increase my knowledge, it also helped me as I was writing about Jesus’ suffering and death.

I never cease to be amazed at how God can get a message across, using the faithful on earth.